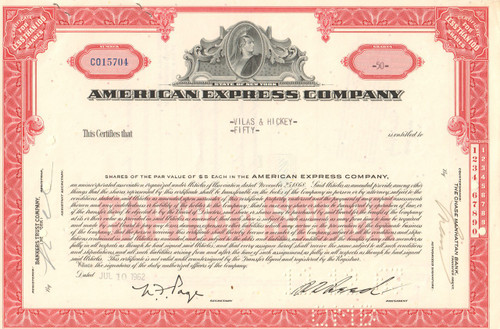 Uncommon piece with a great vignette of the company logo, a roman centurion.Issued and cancelled, dated 1962.