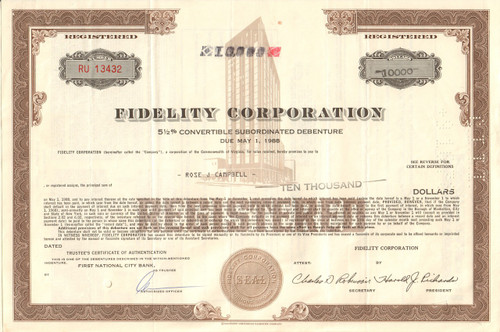 Fidelity Corporation (Fidelity) was a Virginia corporation with headquarters in Richmond, Virginia. It was strictly a holding company, which owned the stock of around 30 operating companies, such as Virginia Foresight, and several other subordinate holding companies. Most, but not all, of the companies owned by Fidelity were financial or insurance institutions. Much of the land holdings were for forestry development for paper companies.