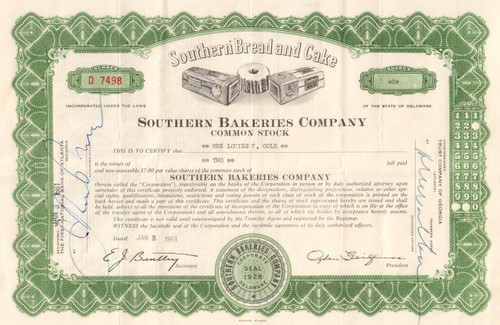 Uncommon bakery collectible.  Very cool vignette of the company's products - bread loaves and a cake. Issued and not cancelled. Dated 1961.

Incorporated 1928, the company was based in Jacksonville FL and distributed products in the Southeast and as far west as Texas. In 1961, the company developed a line of frozen cakes that were distributed in grocery stores. The company was dissolved in 1973 and reorganized as Southern Daisy Industries which went out of business in 1988.