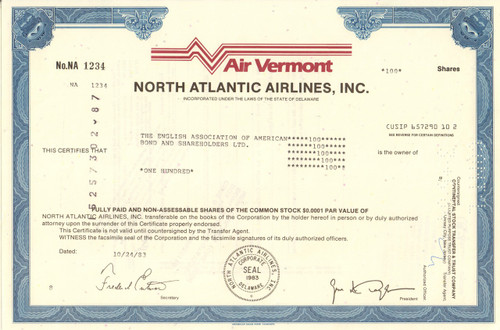 Air Vermont was a commuter airline in the United States based in Morrisville, Vermont. It was established in 1981 but suspended operations in 1984. It served several airports (NY, DC, ME, MA, NH, VT) that are no longer served by scheduled airline service.