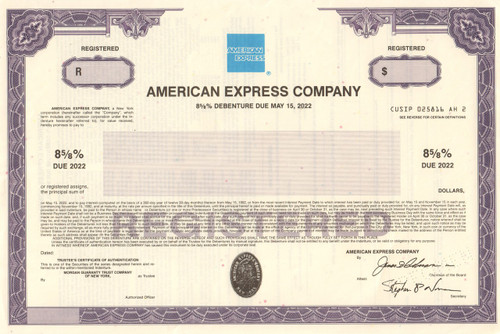 Uncommon piece with a great vignette of the American Express blue company logo. At the bottom is the company roman centurion seal. Unissued and cancelled. Dated 1992 from text.