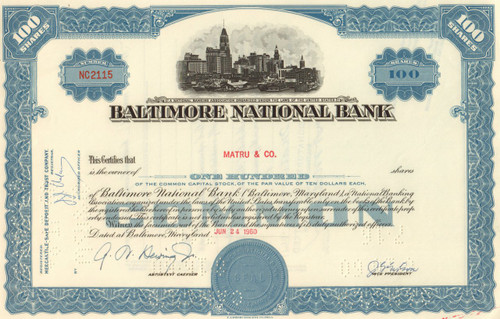 The Baltimore Trust Company closed its doors in February, 1933, and was unable to reopen. It was reorganized in August of the same year as a national banking association under the name of the Baltimore National Bank with a place of business in Baltimore, Md. To set the business going, the Reconstruction Finance Corporation subscribed for the entire issue of preferred stock, 10,000 shares of the par value of $1,000,000. The Reconstruction Finance Corporation was organized in 1932 to give relief to financial institutions in a national emergency and for other and kindred ends.