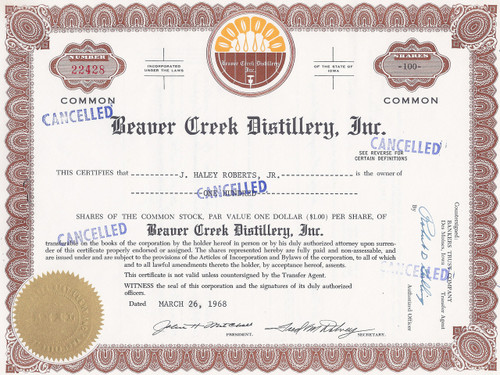 Iowans invested in a Fort Dodge distillery venture in the 1960s that proposed to make whiskey from corn, Beaver Creek Distillery Inc. never built a production facility. The organizers of Beaver Creek Distillery raised about $3 million in cash from 4,300 stockholders at $2 per share. They abandoned the plan when they learned that whiskey could be purchased and bottled for less than it would cost to produce from Iowa corn.

Beaver Creek Distillery changed its name to Beaver Creek Industries and subsequently relocated from Fort Dodge to Atlanta, Ga. Several acquisitions were announced, but none ever came to fruition.