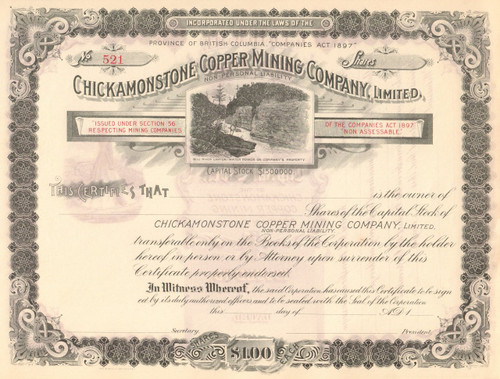 Uncommon British Columbia mining collectible with an awesome vignette of the Bull River Canyon where the mine got its water power.  Unissued and not cancelled. Circa 1897 from incorporation date.

The company amd underground mine was located in Southeastern British Columbia in the Cranbrook District about 20 miles north of the Montana border.  The mine is no longer active although the region still known for copper, silver, gold, zinc, and lead operations.