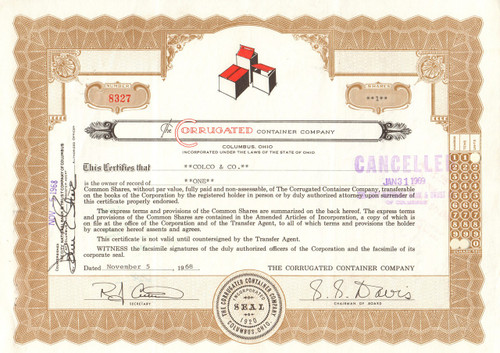 Corrugated Container Company was incorporated in 1920 in Columbus, Ohio. The firm's first generation in business appears to have been rather uneventful; by 1945, when it was acquired by Sam S. Davis, the company had only 25 employees and $250,000 in annual sales. The new owner invested heavily in production and warehouse space, opening a box assembly plant in West Virginia in 1953 and more than tripling the headquarters operation from 1945 to 1962. By 1960, annual sales had grown to $6.8 million, with net income of about $213,000. The business became so vital to its community that the city of Columbus named the street it occupied "Corrugated Way" during the 1960s.