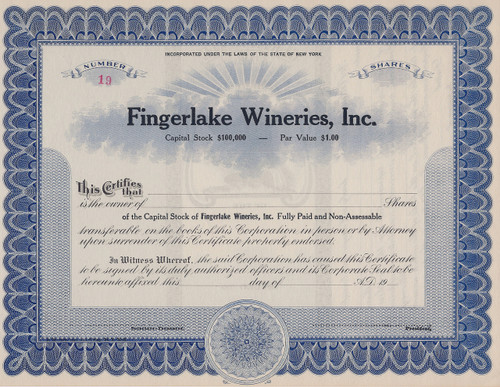 The Finger Lakes is the largest and most acclaimed winemaking region in the Eastern United States, and it owes much of its success to the lakes themselves. Steep slopes surrounding the lakes provide a natural means for rainwater and air drainage during the spring and summer growing season, and the plunging depth of the lakes moderates the region’s cool autumns with gentle, warming fog, thereby extending the growing season. Local wineries produce many wines, but the cool climate grape, Riesling, has become the signature Finger Lakes varietal wine known the world over.

The Finger Lakes viticultural area is the largest wine-growing region in New York State with approximately 11,000 acres of labrusca (native), French-American and vinifera (European) grapes and just over 100 wineries.  The region is often times compared to that of Germany’s Rhine region due to similarities in growing conditions.