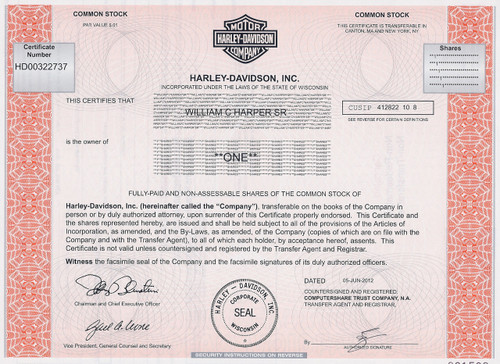 Famous company logo at the top of theis certificate makes it a great gift for the Hog rider in your life. Excellent Harley collectible. Real Harley-Davidson (HOG) stock certificate with the company logo as the vignette. Note the newer logo as compared to the older where "Company" has displaced "Cycles". This the second version of a stock certificate in the post-AMF era. Presented in wonderful Harley orange.