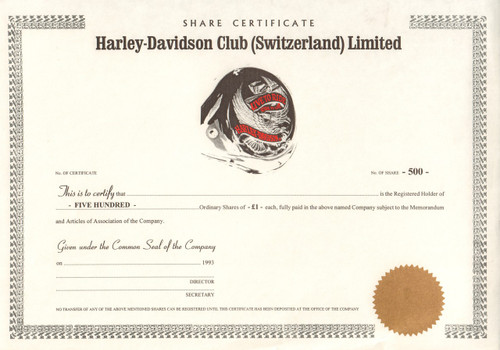 Harley Davidson motorcycles are popular everywhere in the world as evidenced by this Swiss share certificate for a HOG club.  Great stylized vignette of the Live to Ride logo.  Unissued but printed dated 1993.  Excellent gift idea for the Harley rider and collector.