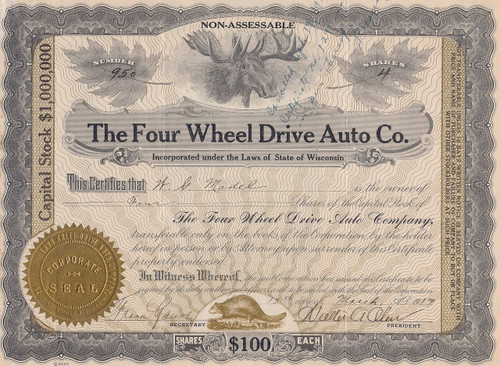 Awesome antique automotive stock certificate that is almost 100 years old.  Cool moose vignette at the top of the cert and a golden beaver image at the bottom.  Please note the heavy pen cancellation on this piece. There may also be minor glue stains to the left, some splits at folds, and foxing of the paper. Pricing is based on condition.  This is an incredible historic auto certificate that is still only medium priced in the hobby. Various dates from 1917 to 1929.