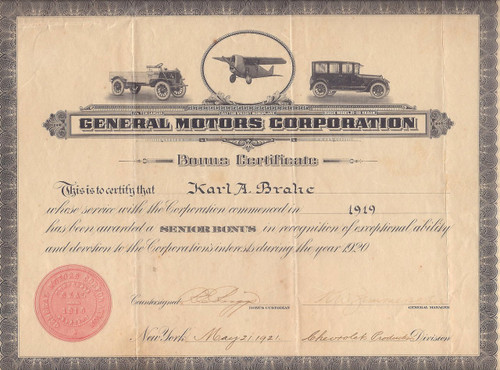 Very rare employee certificate issued in 1920 to Larl Brahe (employee since 1919).  This certificate was normally accompanied by a letter (not available) indicating the number of GM shares awarded.  Incredible vignette of two GM vehicles and an early airplane.  Very difficult to find piece. Measures 9.5 x 12 inches.