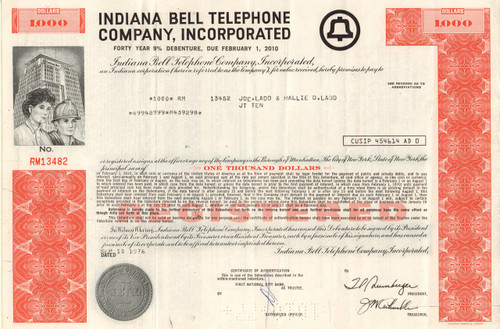 Nice Bell piece with a company logo at the top and a left vignette of a switchboard operator and a linesman in front of the company headquarters.  Issued and cancelled. Dated in the 1970's.

In 1930, Indiana Bell's headquarters building in Indianapolis was relocated 52 feet to the south and 100 feet west of its original location while employees continued working in it. The move was an engineering feat of its time. Throughout the 1940s and 1950s the company continued to expand by acquiring many smaller telephone companies throughout the state.