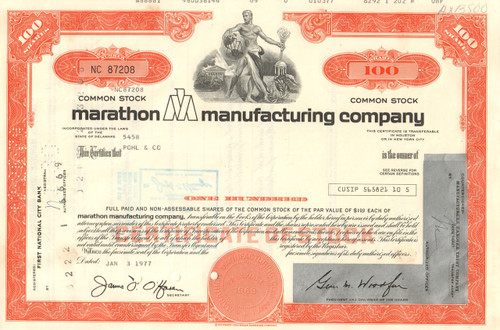 Great cert with  a vignette an allegorical male figure holding a globe with the company logo; background of classic Greek buildings.  Issued and cancelled, dates in the 1970's.