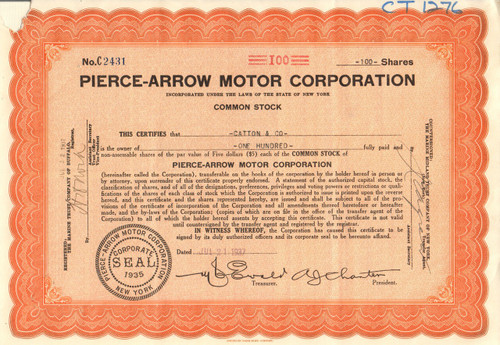 Rare automotive collectible - not listed in Falater's "American Automotive Stock Certificates".  Plain certificate but very desirable certificate of common stock. Issued and cancelled.  Piece missing out of upper left corner as shown. Dated 1937, near the end of the company's life.