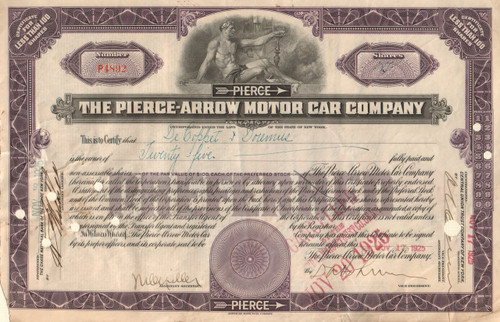 Rare automotive collectible and very desirable item.  Awesome certificate with a vignette of a classical male figure seated above the company logo. Pierce-Arrow logo is repeated in the bottom seal. Issued and cancelled.  Piece missing out of lower left edge that just touches the border as shown (would mat out when framed).