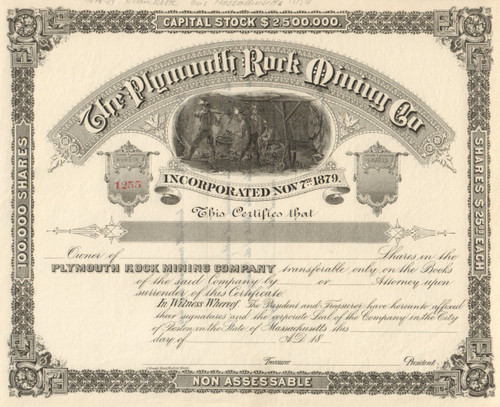 Great looking mining stock cert with a nice engraved vignette of men working in a mine. Unissued and not cancelled.  Circa 1880 from issued examples.

The company also had property situated in the Jenny Lind mining district of California - about five miles from Milton. The land was comprised of a consolidation of several claims. A ten-stamp water power mill was erected at the property and was supplied with twelve concentrators, which turned out a large quantity of concentrated sulfur.