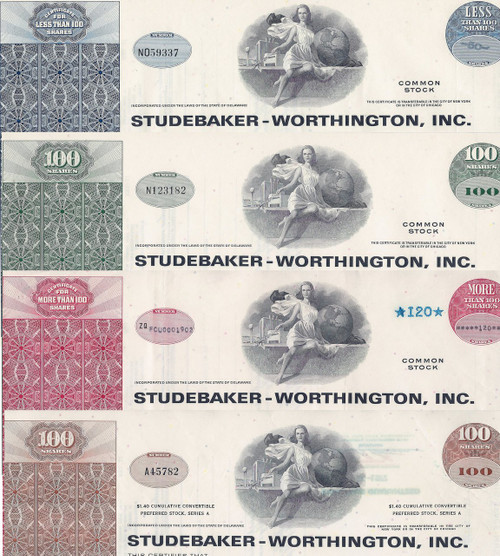 Set of 4 colors - blue, green, red, brown as shown.  Very nice vignette of an allegorical Greek female seated and holding a globe in front of an industrial scene.  This is a fantastic piece for  the low price point.  Dated in the 1970's.