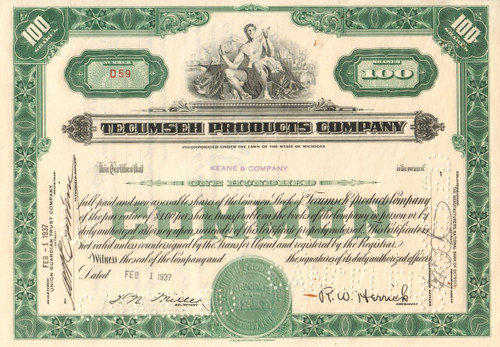 Tecumseh Products Company was founded by tool and die maker Raymond Herrick, in 1934. Raymond Herrick applied mass production concepts he had learned from automobile manufacturer Henry Ford to the production of refrigeration compressors.