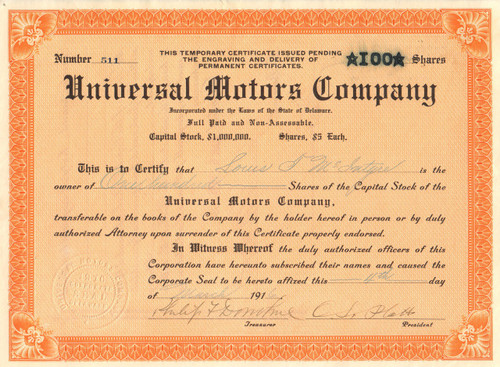 Unusual automotive piece. Very nice vignette of an American Eagle perched on a seaside rock with coastline and town in the background. Issued and cancelled.. Dated 1916.

Organized 1916 in Atlanta GA, the company was a distributor for Paige cars and trucks in North Carolina. They also had an enterprise as a  spare parts wholesaler for auto building companies including Apperson (makers of the Jack Rabbit).