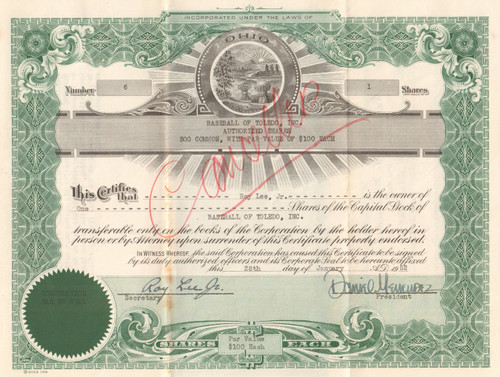 Amazing certificate #6 from Toledo and baseball history when the club was sold by the Detroit Tigers to Daniel Menendez who moved the club to WV. Nice vignette of the Ohio state seal. Issued and cancelled. large "cancelled" across the face in red pen. Dated 1952.