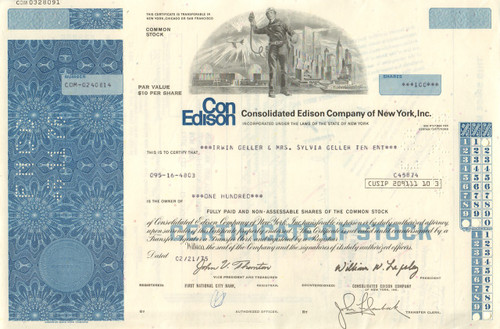 Beautiful Con Ed stock certificate with amazing vignette of utilities worker in front of the New York skyline and a power plant.  Eerie images of a jet plane and the twin towers in the background.  Issued and cancelled in the 1970's