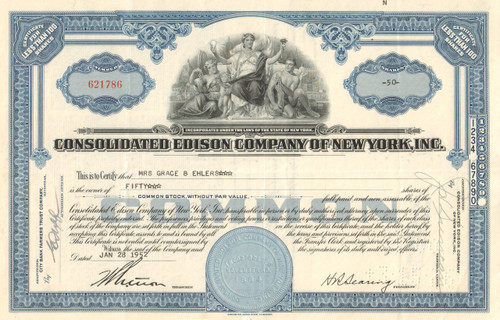 Nice Con Ed piece with a vignette of seated female figure flanked by other allegorical family figures in front of New York city skyline.   Issued and cancelled in the 1950's