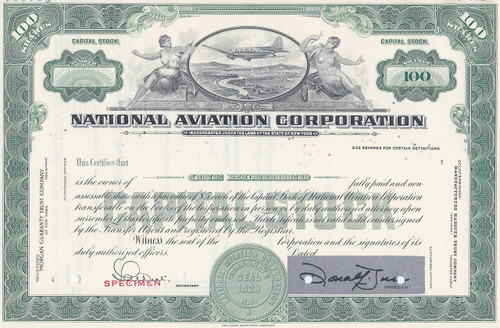 On December 30, 1929, Federal Aviation sold Hoover Field to the New Standard Aircraft Co., ending unified control of the two fields. In July 1931, Federal Aviation (and Washington Airport) was slated to be purchased by National Aviation Corporation, an airline financing corporation originally organized in 1928. This transaction did not occur, but that did not end National Aviation Corp.'s relationship with Washington Airport. Despite the ownership changes, beginning around 1930 the two fields entered into a cooperative agreement. Hoover Field agreed to host all sight-seeing, flight schools, and small planes, while Washington Airport agreed to only be used by larger military, mail, and passenger aircraft.