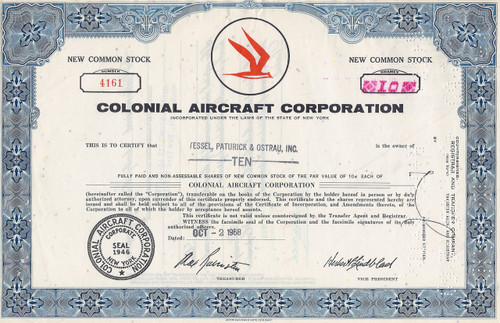 Uncommon aircraft cert with the company's logo as the vignette - red seabird in flight. Issued and cancelled. Dated 1968. Great piece for the aviation stock collector.