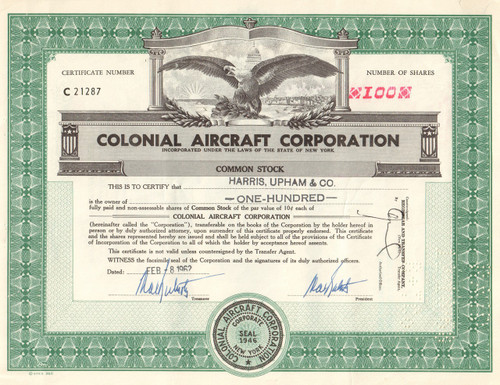 Version 2 from this company.  Perched American spread-wing eagle with Capitol and city in the th background as the vignette . Issued and cancelled. Dated 1962. Great piece for the aviation stock collector.