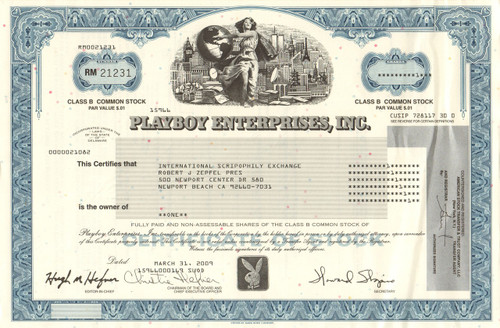 Vignette of classical female figure holding a globe in front of London and New York skylines, and the Playboy bunny at the bottom.  Printed signature of Hugh Hefner as editor in chief, Christine Hefner as chief executive officer. Issued and not cancelled. Dated 2009.  Great collector's piece.