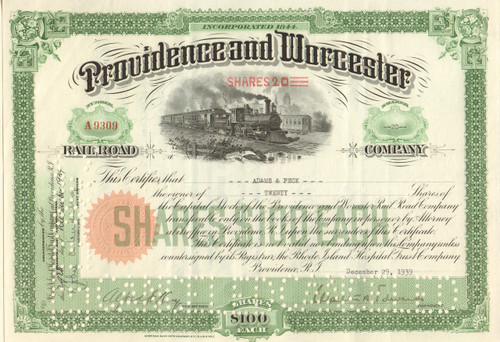 On July 1, 1892, the New York, New Haven and Hartford Railroad leased the P&W for 99 years. The New Haven merged into Penn Central on January 1, 1969. On April 6, 1970 the P&W announced its intention to separate from the merger. After a legal battle, the Interstate Commerce Commission approved the request on August 25, 1972, and on November 2, Penn Central signed the agreement effective December 30. The P&W cancelled the lease on February 3, 1973. Since then, the P&W has taken over many other lines from the former Penn Central and Boston and Maine Railroad. On March 17, 2013 a freight derailed in New Haven, Connecticut blocking the Amtrak Northeast Corridor. The company trades as PWX.