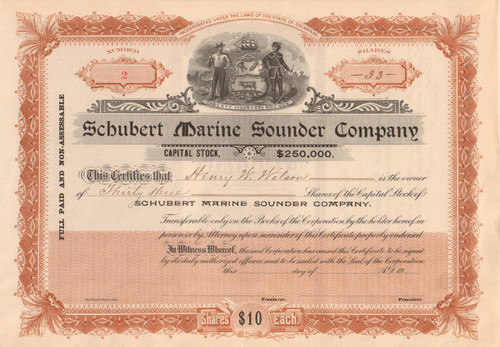 Great vignette of the state seal of Delaware. Unissued and not cancelled. Circa 1911 from company records. Partially filled out (issued to Henry Wilson for 33 shares) but not dated.

Incorporated in 1911, the company developed an early depth sounder for ships. The company was closely held and was limited to $250,000 capitalization.  The company supplied ships in WWI but, due to slow business after the war, stopped operations in the 1920's.  The sounder detected depths in coastal waters and provided shoal water alarms.