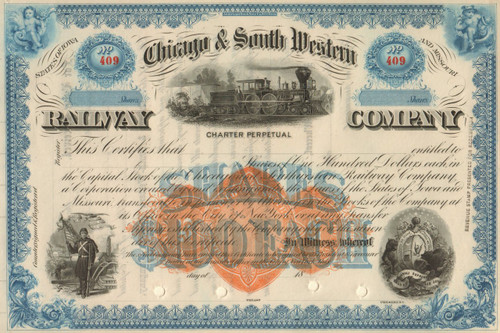 Rare blue version of this stock certificate.  Stunning railroad piece with multiple vignettes - steam locomotive at the top, Union soldier at the bottom left, and an artist interpretation of the Missouri state seal.  Stunning revenue (tax) imprint in orange makes the certificate a piece of financial art.  Measures 7" by 10". Unissued and cancelled. Circa 1869. Desirbale railroad collectors piece.