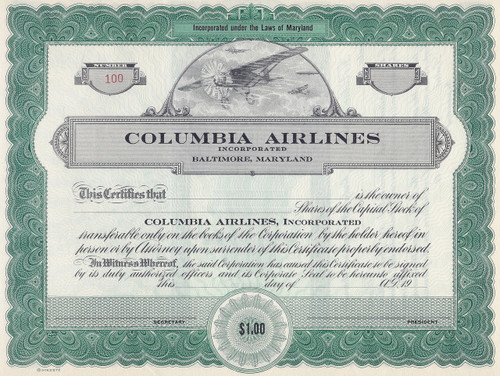 Great vignette of a small airplane flying with other aircraft in the background (planes and dirigible).  Unissued but circa 1946 from known issued examples.

Company is not related to the Bogota, Columbia airline of today.  However, it is believed that the company was formed to provide commuter air services out of Baltimore and Washington DC airports.