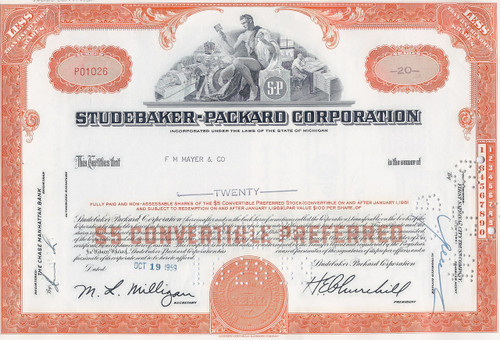 Uncommon issuance made while the company transitioned. Very nice vignette of Greek male fiugre holding an engine piston in front of industry and engineering scenes. S-P logo underneath.  This vignette is similar to the Studebaker where the logo changes (to SC) when the company name changes later to Studebaker Corporation.