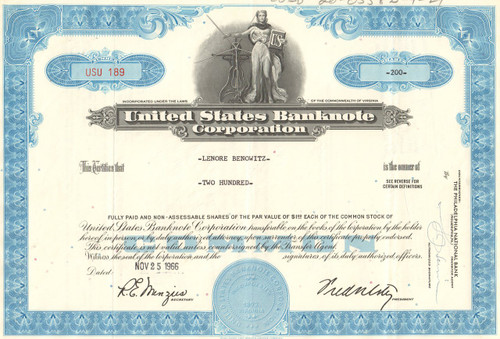 Great cert with a beautiful vignette of a classical female figure holding the company logo next to a printing press. Issued and cancelled. Dated 1970's. Stock certificate printer companies are a big collectible among stock enthusiasts.